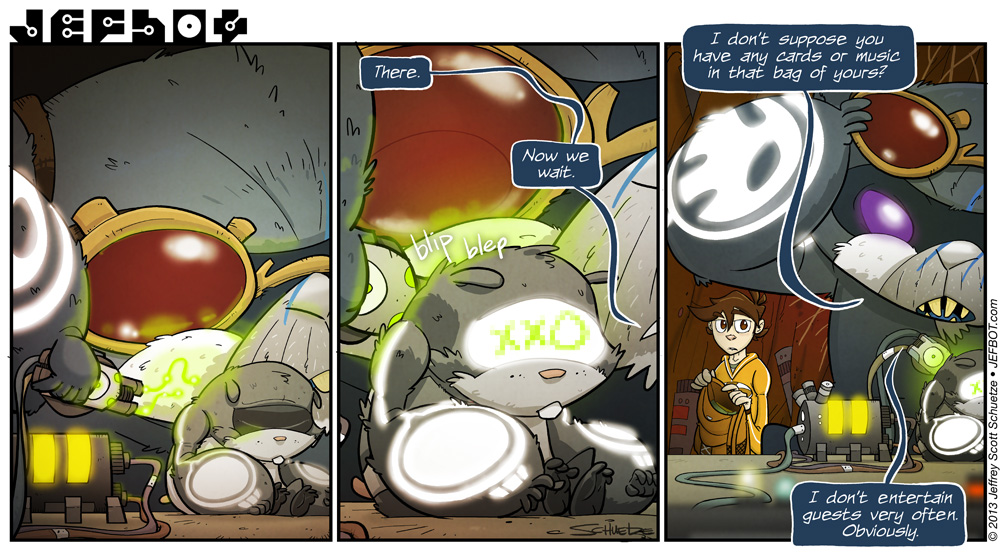 Although bot had to dump a bunch of stuff from his backpack when he started carrying Musashi around, I’ll bet he still has at least one deck of Magic: The Gathering cards in there. Probably a set of D&D dice, too. Since the cave bunny doesn’t have guests all that often, I’m sure he wouldn’t mind learning either game, depending on just how long it’s going to take for Musashi’s fix. Or maybe bot should bust out his Game Boy SP (we know he packed that) and show the rabbit how to play Tetris – that’s a pretty decent entry into gaming for those not already obsessed. Pokémon, maybe?