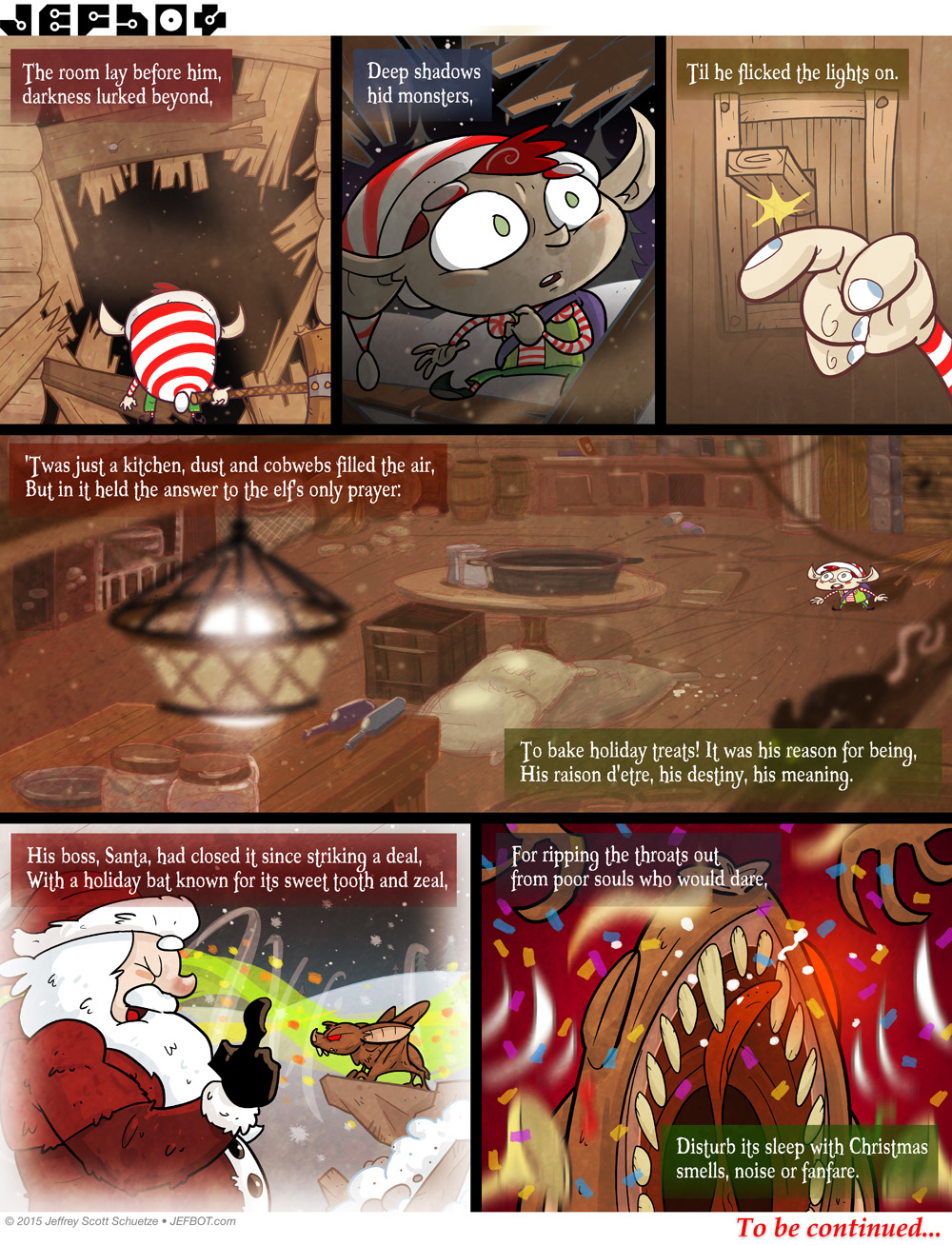 Hey! Two comic strips in less than two weeks! I realize that’s not a great average, but it’s much better than what was going on last year. Speaking of which: I hope all of you had a spectacular New Year’s Eve and are now locked and loaded for 2015. I’m not sure how much I can rely on “feelings” or “hunches” lately, but I do have a sneaking suspicion that this year is gonna be better than last year. Like, way better. If nothing else, writing and drawing more JEFbot definitely feels like I’m starting this year off right!