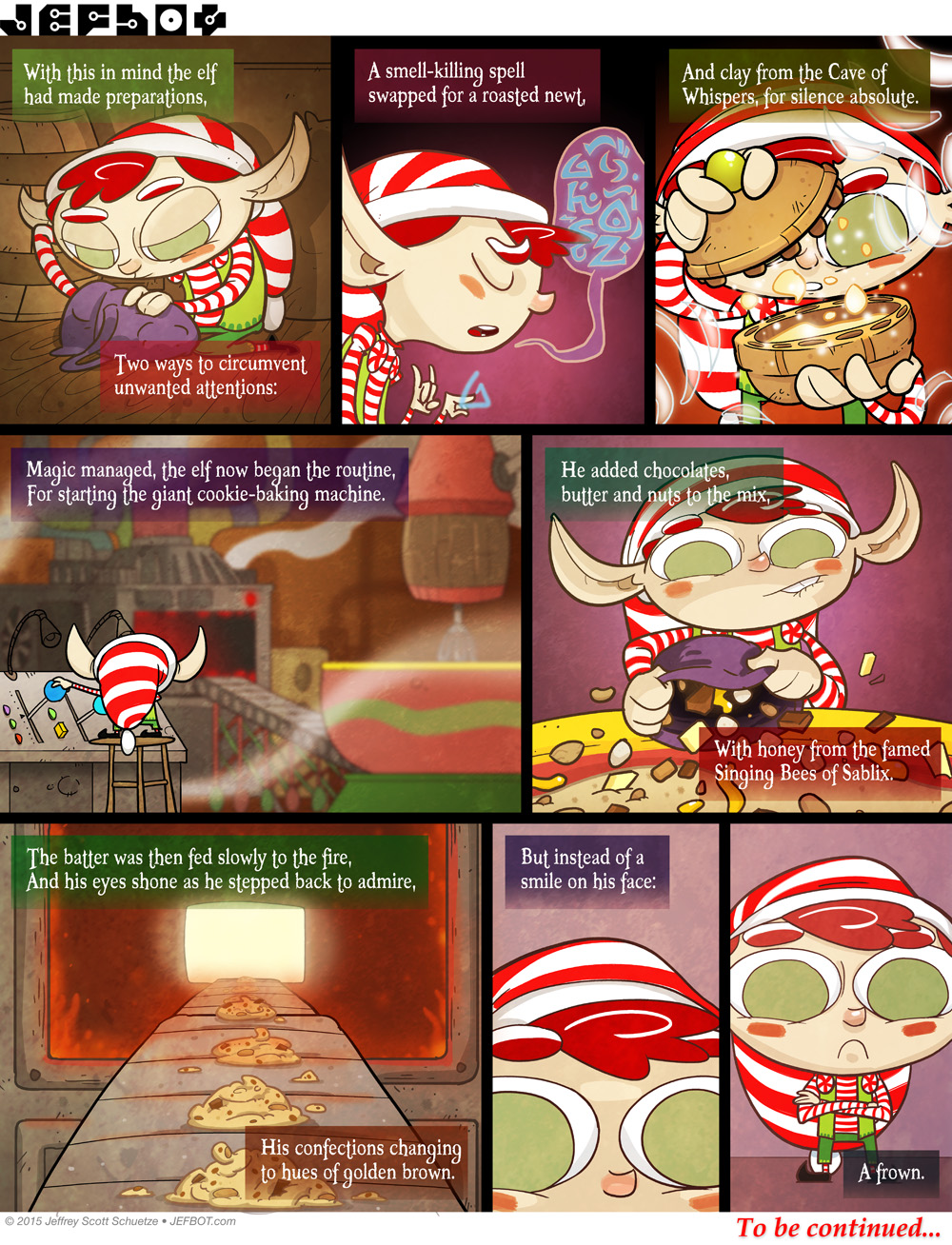 Our tale continues! …and the Christmas Bat hasn’t even made an appearance yet. Funny, this story was conceived as something short and sweet, a little tale meant to help dip my toe back into writing and drawing JEFbot while I continued working on getting a “real job.” Since that time, it has grown exponentially, and what started as a 1-2 pager has now become a thing that will have to be told in no less than 8 installments. I was thinking I could get this out before the end of 2014, then pushed it ’til the end of January, and now (due to getting more freelance work this month than I had assumed, which is a good thing) I’ll be lucky to have this saga complete before March. Ah, well – The Bat doesn’t abide tradition as you know, and it seems he wants to keep Christmas going for a couple more months, so who am I to disagree? Enjoy!