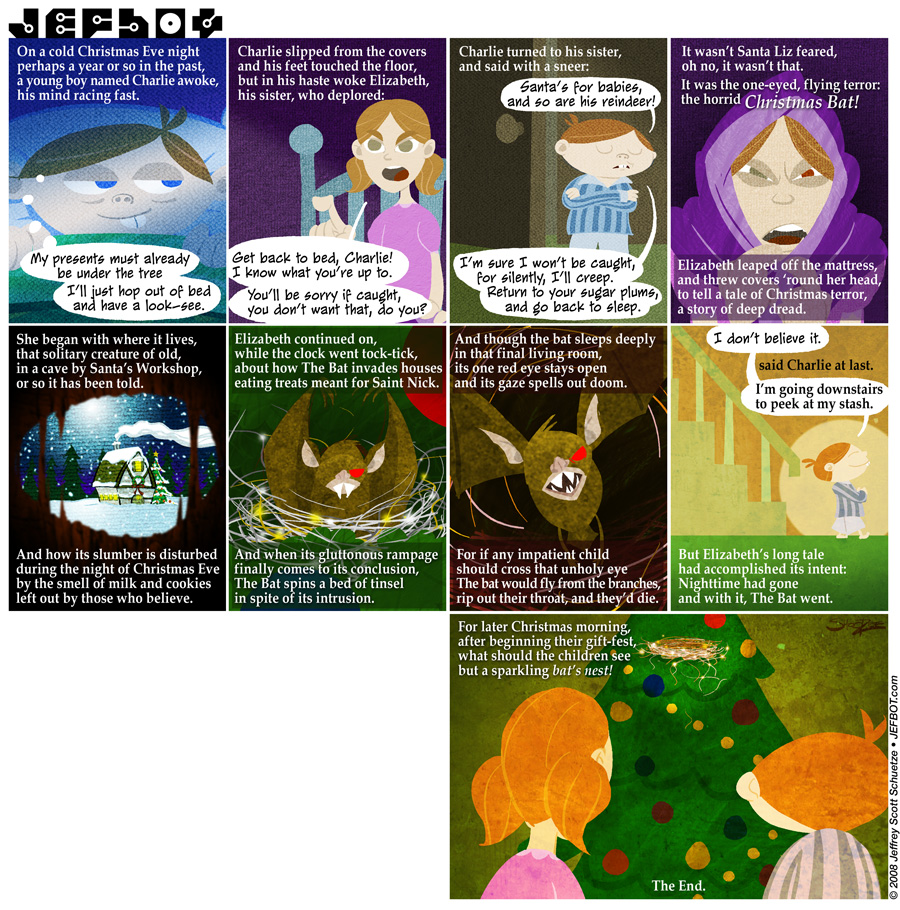 The original Christmas Bat strip came out last year around this time and, much to my surprise, became one of the most linked-to and popular strips in the archives. Because of this, I knew I had to do something different with this year’s strip and so started with the rhyme, which was something I wanted to do last year and just didn’t have the time, the art style was inspired by the amazing work with textures being done by Mike Krahulik over at Penny Arcade, also, this is the first strip to not feature jefbot in any way and it’s also the first 9-panel strip. I’m not sure what I’ll do next year, but I had so much fun with this one, and I like The Christmas Bat so much, that his return in 2009 is a veritable certainty.

I’ve been asked what The Christmas Bat looks like in the wild, so here are some pics of the creature at Casa Schuetze this year. These were taken right before the photographer’s throat was ripped out:

Instructions:
To make your own Christmas Bat, dump a bag of tinsel on a branch (preferably high on the tree for a good lookout spot), get a rubber bat (or a real one, if you have access), color in the right eye with a black Sharpie, color in the left eye with a red Sharpie, stick him in the tinsel nest facing out and make sure you get to bed at a decent hour and don’t get up too early.