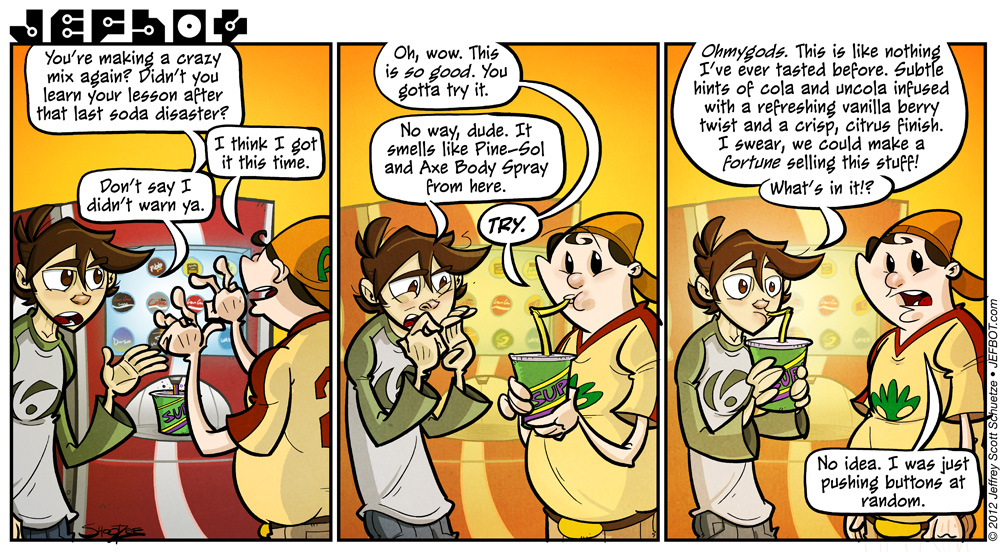 And so, this little soda arc comes to an end. I’m not even going to pose any questions to you readers this time since y’all have given me so many awesome ideas over the past few strips for the next time I see a soda machine or soda fountain. Also, I need to keep this short as it’s crazy windy here in West Hollywood tonight. The power has already gone out once and I don’t want to tempt the fates by keeping my computer on any longer than needed to post this strip! Logging off. See you tomorrow.