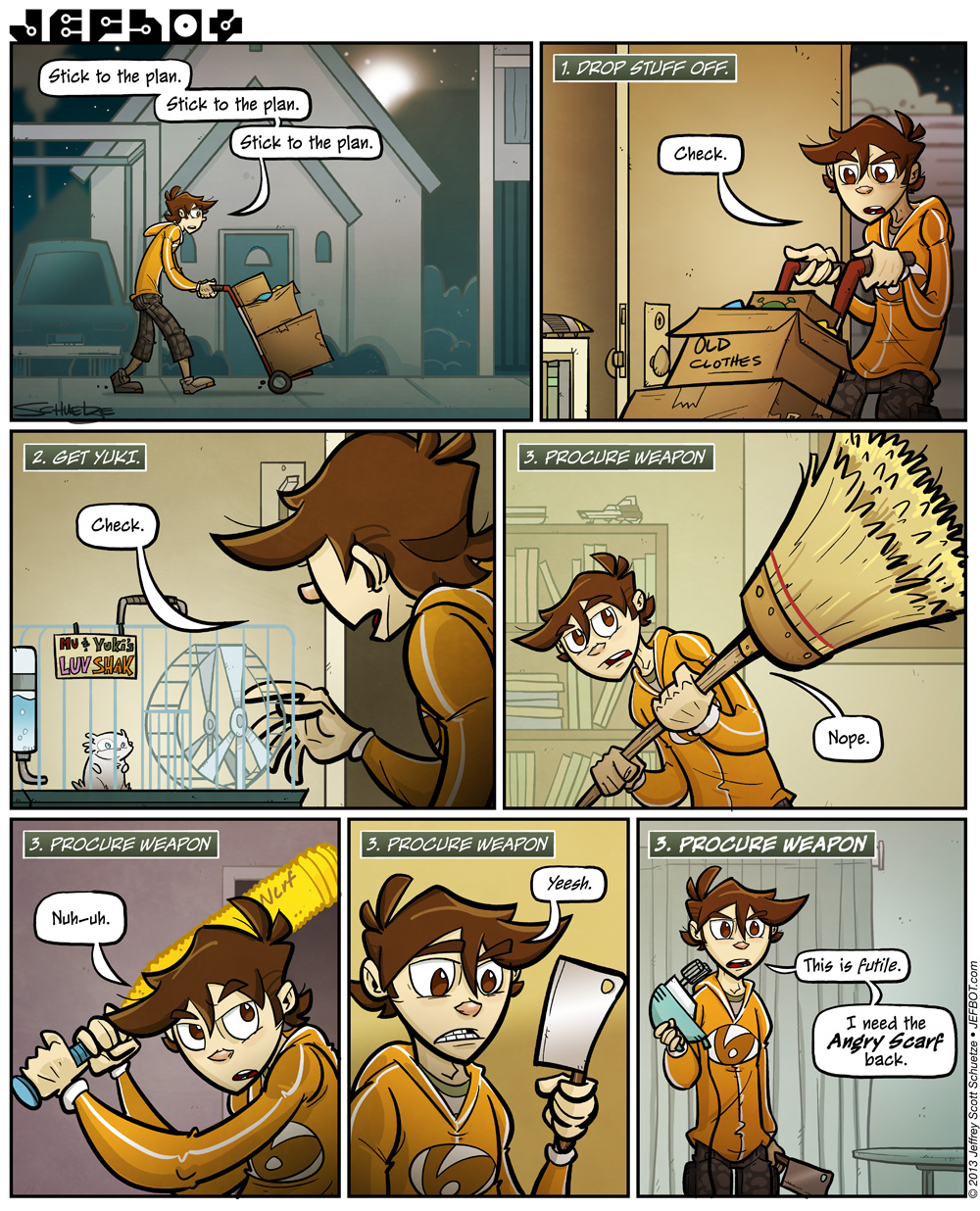 Now I know there’s been a lot of chatter in the comments lately about jefbot needing to arm himself with the Angry Scarf before he goes off with Musashi, but remember: jefbot hasn’t seen thread nor tassel of it since the Super Scrawn storyline, and that was during his stay in the old apartment. If it was still lurking about in there, he probably would’ve seen it during the move. What happened to it? Where did it go? I’m sure these are questions jefbot will try to answer very soon.

The last known appearance of the Angry Scarf (note the lurking Scarf by the couch in that last panel.):
• JEFBOT.387_Threading the Needle

And I believe this was Miyuki’s last appearance before today’s comic:
• JEFBOT.429_Human Habitrail